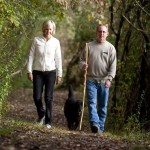 The Tennessee Overhill includes the entire southern portion of the Cherokee National Forest, Hiwassee / Ocoee State Park, and TVA lakes – all offering hiking that ranges from family friendly and easy to challenging. Whether you choose to backpack into a Wilderness Area or casually walk alongside a scenic river trail, you will have ample opportunities to enjoy nature at your pace. For help planning your hike, contact us at 877-510-5765

There are two National Recreation Trails on the Cherokee National Forest (CNF)- the Warrior’s Passage Trail and the John Muir Trail. The nation’s newest long distance trail, the Benton MacKaye, also runs through the CNF. Hiking is allowed in the CNF on all trails even though some trails are “designated” for Mountain Bikes, Motorcycles, or Equestrian. Please be courteous, cooperate and abide by the “share the trail” rules. 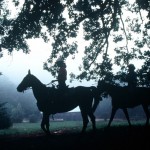 In the Cherokee National Forest (CNF), hiking is allowed on all trails even though some trails are “designated use” for Mountain Bikes, Motorcycles, or Equestrian. Please show courtesy, cooperate, and abide by the “share the trail” rules.  Annual CNF Passes may be purchased at the Ocoee Whitewater Center or any other CNF office. Phone 423-472-9700 for information. 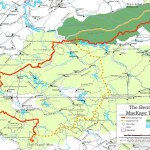 This trail follows the Hiwassee River along the path that famed naturalist John Muir took on his “Thousand Mile Walk to the Sea.” Great trail for wildflowers, birding, and river views. Moderate 20 mile hike beginning at Childers Creek in Reliance and ending near the TN / NC line. 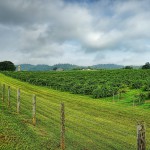 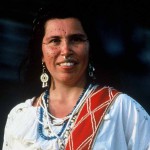 We invite you to explore the land once known as the Overhill Cherokee Country. The term “overhill” referred to the historic Cherokee settlements that rested on the western slopes of the Appalachian Mountains – Overhill from the Cherokee settlements in the Carolinas and Georgia. Much has changed here over time, but some things remain. You will see the same ridgetops and streams that were here in the 1700’s. You will notice place names that remind you of the Native People who gave them those names – Chestuee, Oostanaula, Tellico, Hiwassee, Ocoee, Chilhowee, and Citico. Yet, visiting here in the Overhill is not the complete story of the Cherokee people. To gain a deeper and fuller understanding of the history and contemporary culture of the Cherokee, it is important to explore beyond the borders of the Tennessee Overhill. A visit to the Museum of the Cherokee Indian in Cherokee, NC is an excellent place to start. View Historic Cherokee Country Map

The Tennessee Overhill region takes its name from the Overhill Cherokee towns that were located in East Tennessee in the 1700’s. The term “overhill” referred to the Cherokee settlements that rested on the western slopes of the Appalachian Mountains – on the other side of the mountains from the Cherokee settlements in the Carolinas and Georgia. The Overhill towns were located primarily in the Little Tennessee, Tellico, and Hiwassee river valleys and tributaries. By the mid-1700’s the Overhill Cherokee Country was a hotbed of political intrigue. France and Britain were vying for the right to trade with the Cherokees and also for control of the continent. During the American Revolution, and later into the 1790’s, the Overhill towns were damaged repeatedly by attacks from colonial and territorial militia. Eventually many of the old Overhill towns were abandoned altogether. In the Treaty of 1819 the Cherokee ceded their lands from the Little Tennessee River south to the Hiwassee River, ending Cherokee control of the Overhill Country. Unfortunately, this did not quell the United State’s desire for more land and in 1838 the remaining Cherokee people were moved west on what is now known as the Trail of Tears.

The Overhill Cherokee settlements faded into time but the Cherokee people did not. The Cherokee Nation, based in Oklahoma, is a thriving and sovereign nation of over 200,000 people. The Eastern Band of Cherokee Indians, based in North Carolina, has over 12,000 enrolled members. Another 15,000 Cherokees are members of the United Keetoowah Band.